Notable is a bare-bones note taking application with excellent Markdown support. Free for desktop use, Notable is designed for people who like to see Markdown-formatted text while they’re typing. There’s no live editor here. It’s just you and raw text. You can click the Edit button to switch between the editor and preview screen — a handy feature when you’re reading through your notes. 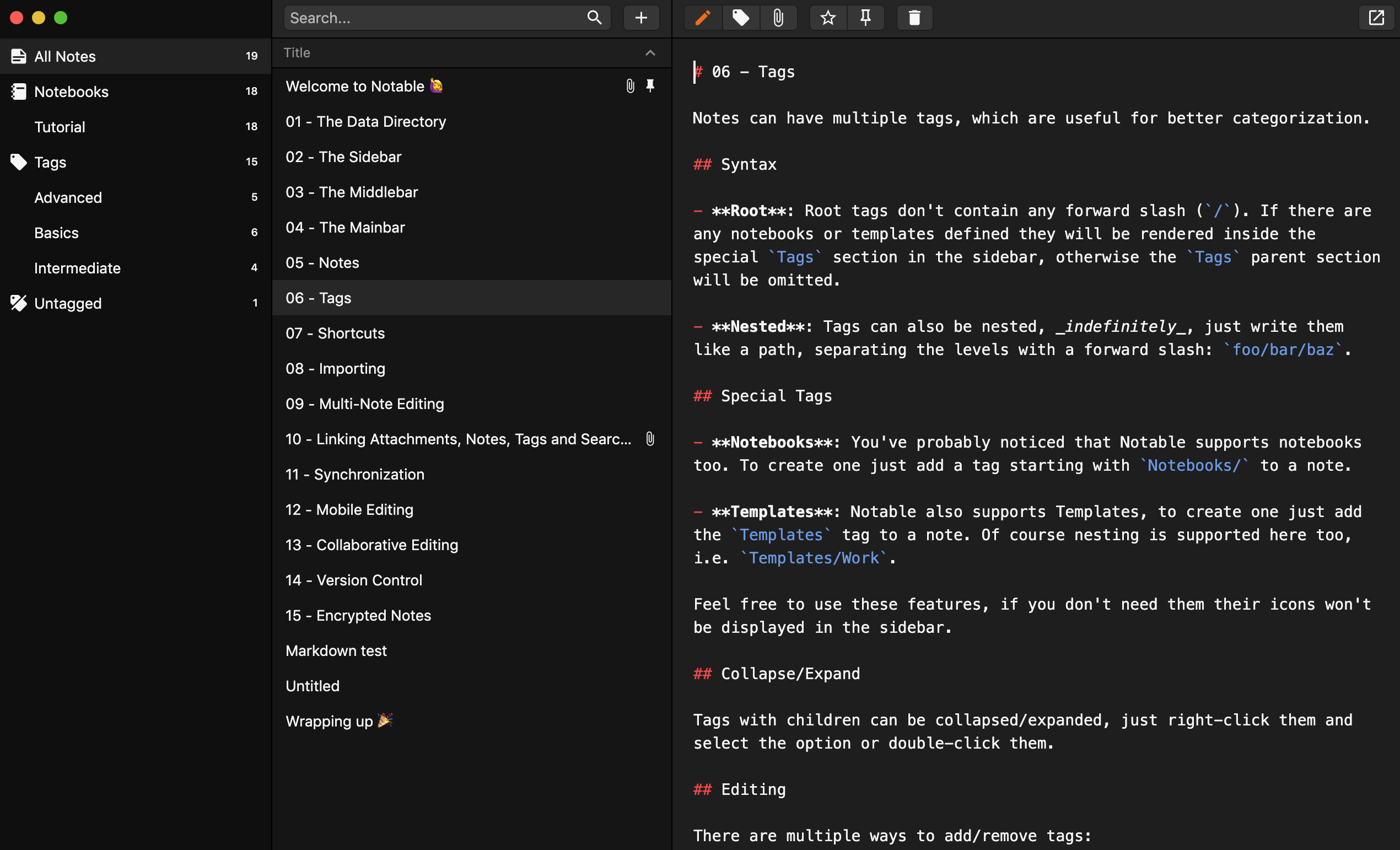 One of Notable’s best features, if you can call it that, is the lack of features. There’s no need to create an account, and there’s no synchronization feature. Some might see that as a limitation, but it does eliminate the possibility of your files being compromised on a third-party server.

But without a doubt, Notable’s best feature is that it doesn’t manipulate your Markdown files in any way — they’re stored on your computer in the same format you see in Notable. If you decide later that you don’t like Notable, you can take your Markdown files and do anything with them.